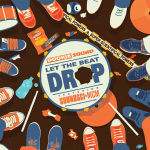 This time enlisting the talents of some dope guest MCs; Namely UK Hip Hop royalty,  MCM who first sprung into Hip Hop’s conciousness in 1990 with his group ‘Caveman’ who were immediateluy signed to Profile records and released a string of massive tracks (Fry You Like Fish, I’m Ready, Victory etc) and is still the master when it comes to bussin’ out the verses.

Also on board, from the US, are the wickedly on point “Soundsci” crew with Oxygen (aka. Jonzhaft The Psychopath), U-George, Audessey/Jack Jones and The Herbaliser’s Ollie Teeba providing the cuts. 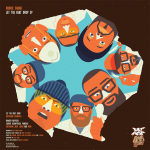 Big props to Martin @ Style Warrior for the banging artwork on the sleeve and labels.

This one should be ready to ship mid December in time for Christmas.